“Back to Basics” Branding Philosophy

The most effective brands on Earth are abundantly clear about “who they are” and obsessive in monitoring how consumers see them. Brand architects are often seen as magicians because of their ability to make the unknown known. The plethora of approaches in the marketplace rival Las Vegas in terms of breadth and scope of choices – enough to satiate any appetite. However, this can have a deleterious effect because of the cascading effect of over complicating an already cumbersome process. This is largely because “branding” has become the buzzword of the moment. Surprisingly, I have met very few people that have a robust understanding of the true meaning and the far reaching implications of ineffective messaging.

Branding is identifying what the brand is and ensuring consumers see the same picture. After months of reviewing countless approaches, I would like to humbly submit my branding philosophy. My approach is entitled “Back to Basics” which entails: 1) developing a corporate identity 2) communicating effectively and 3) continuously improving the brand.

The most essential step is to have a clear picture of one’s self or business. One of the best ways to do that is through an honest assessment by cataloging words that represent the brand. Then, try to identify a common link between the terms (much like a shoelace on a shoe). Companies without a clear vision & mission statement usually have not completed the exercise above. Next, do a SWOT analysis to help mitigate some of the inherent risk. Lastly, the brand should ask itself what is its unique value replete with value proposition.

Inspired by Douglas Fairbanks, Jr., a young man named Ralph Lifshitz decided to design a wider European style neck tie. With the goal of appealing to the upper crust, he decided to ask a close friend and confidant what the name of the company should be. The friend urged him to name the company, Players, after shunning the other recommendation. Today, we call that company POLO; which now generates billions in revenue. The Company’s brand names, which include Polo by Ralph Lauren, Ralph Lauren Purple Label, Ralph Lauren Collection, Black Label, Blue Label, Lauren by Ralph Lauren, RRL, RLX, Ralph Lauren Childrenswear, Denim & Supply Ralph Lauren, Chaps and Club Monaco, constitute one of the world’s most widely recognized families of consumer brands. Yet, each of these respective sub brands has a very clear identity. For example, Purple Label is the sub brand under the corporate umbrella that speaks to the businessman with the most discerning tastes. Conversely, RLX is the sub brand that speaks to the athlete in the athlete in us all.

In my experience, this is the step that most businesses miscalculate. Brand messaging should be an ongoing conversation with the consumer. Yes, I said conversation. The most successful brands are masters at communicating with the consumer as if they were a good friend. Essentially, it is the same as storytelling. Over a period of time, these brands take the consumer through a myriad of different feelings and emotions.

In 1886, a curious Atlanta pharmacist, Dr. John S. Pemberton, had a desire to create a soft drink for soda fountain. During the 1970s, their advertising started to reflect a brand connected with fun, friends and good times. In 1971, Hilltop Singers performing “I’d Like to Buy the World a Coke”, or the 1979 “Have a Coke and a Smile” commercial featuring a young fan giving Pittsburgh Steeler, “Mean Joe Greene”, a refreshing bottle of Coca-Cola. The 80s saw the conversation change with catching sayings like “Coke is It!”, “Catch the Wave” and “Can’t Beat the Feeling”.

They have utilized almost everyone iconic from Arnold Palmer to Ray Charles in order to appeal to a rapidly changing demographic. The conversation has consistent and seamless as all effective conversation should be. The goal is never to information dump but to illicit an emotional response in various forms. Further, all communication must have an end goal before delivered.

The Japanese-Kanji- word “Kaizen” simply means “good change”. Since its inception after WWII to help restore Japan, it has largely come to symbolize what is known as continuous improvement. The need for constant re-tooling of one’s messaging can’t be overemphasized. It must be calibrated & re-calibrated based on a multitude of factors. Therein lies the challenge faced by most individuals & companies in this genre. Inexperienced companies develop an initial strategy and it never evolves. Perplexing.

In 1975, an innovative entrepreneur decided to open a discount brokerage in Sacramento, CA which was an anomaly at the time. Through this innovation, the company immediately became known for its ability to morph in an effort to cater to customers’ needs. They began with very client focused messaging offering extended customer service hours and being the first to offer 24-hour, 7-day-a-week order entry and quote service. By 1985, the company saw enormous growth with revenues topping $7 billion. By 2002, this company – known as Schwab – had launched an alternative for investment research, Schwab Equity Ratings®, and two new advisory services for affluent investors, Schwab Private Client™ and Schwab Advisor Network. By 2004, Schwab began the bold move of refocusing on clients’ needs. The “Ask Chuck” campaign is a great illustration of a brand that continuously has improved based on the brand value of customer service and value. Clearly, it was a smart departure for a company that could have eventually self-imploded if not for continuously improving.

As I stated earlier, this process is much like an artist before he begins to paint his next great masterpiece. It requires enormous skill & healthy dose of creativity. Please be aware that the brands usually have one opportunity to get this correct. Based on that fact: a) Don’t rush b) Think outside the box c) Seek inspiration everywhere. Think of it as a puzzle that may start one day and continue a little more every day.

Editor’s Note: This post was originally published in October 2015 and has been completely revamped and updated for accuracy and comprehensiveness.

Read our other posts about Branding to give your Brand the edge….

PrevPreviousWhat’s the best choice for my business: A Marketing Agency or an Advertising Agency?
NextHow to Choose the Right Marketing PartnerNext 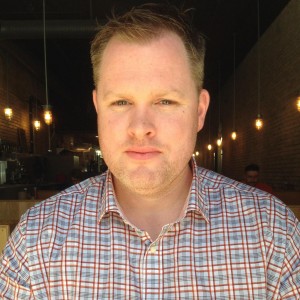 Symbicore’s CEO Donovan Fowke is an experienced professional in Operations and Sales with proven success devising HR, Marketing and Quality processes that create competitive advantages for products and services. For more than twelve years, Donovan has been providing marketing consulting services and digital development, innovating to generate growth for trusted businesses around the globe. To get a detail of services and company insights, visit Symbicore.com
Scroll to Top
%d bloggers like this: